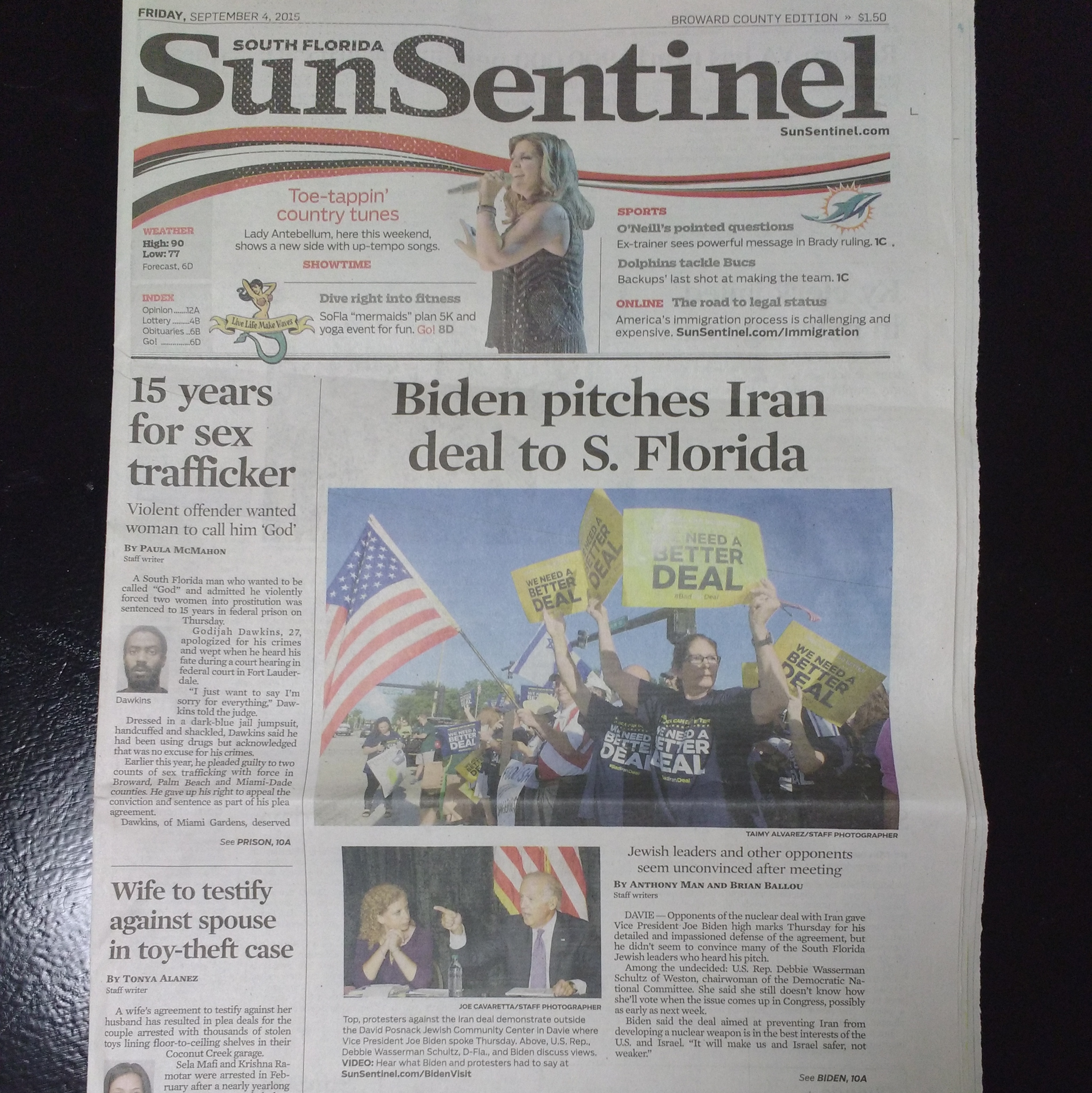 Over the past two days, headlines have been dominated by Vice President Joe Biden’s trip to South Florida to sell the Iran nuclear deal and the large-scale grassroots protest that was timed to coincide with his visit.

Called upon to help generate local media interest in the latest developments, Red Banyan Group sprung into action. In less than 24 hours, Red Banyan’s team crafted and executed a press strategy that delivered wall-to-wall regional coverage in leading print and television outlets (as well as some national stories).

This included a boldly headlined front-page story in the South Florida Sun Sentinel along with a massive photo of assembled activists.

Follow the links below for a small sample of the coverage: