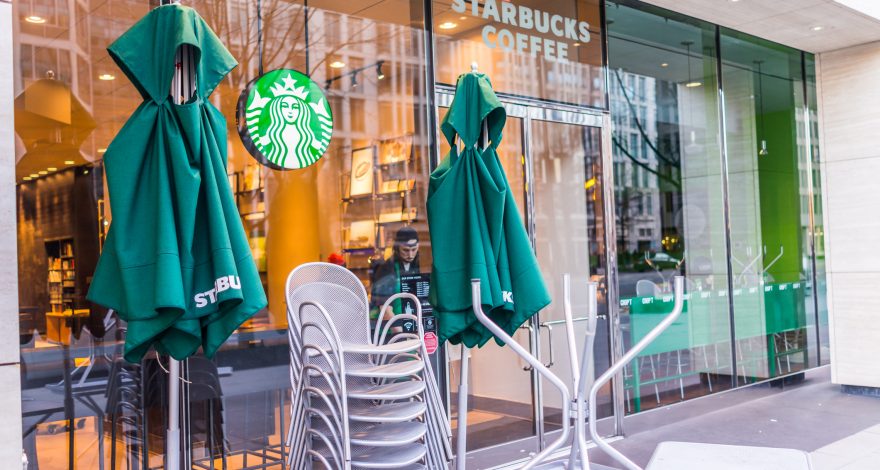 If you are planning on getting your afternoon coffee fix at Starbucks today, you should hurry up. The cafe chain is closing its stores nationwide starting between 1-2 p.m. today for four hours in order to put nearly 175,000 of its U.S. employees through racial bias training.

The company CEO Kevin Johnson announced the training last month, following an incident in which two African-American men were arrested for trespassing while waiting for a friend at a Philadelphia Starbucks without placing an order.

While there has been a lot of public discussion about race and implicit workplace biases in recent months, Starbucks notably became one of the first large corporations to address the issue head-on in such a dramatic and uncompromising way.

Each store will receive a special tool kit that will help guide the training session. According to the company, sessions will “focus on understanding prejudice and the history of public accommodations in the United States.” Employees at each location will also discuss their own experiences and watch a film about bias. Starbucks plans to share more information on Wednesday following the training sessions.

The company’s noble effort should definitely help generate more goodwill with its customers, however, it will not come cheap. The temporary closure of Starbucks’ 8,000 stores and corporate offices nationwide will cost the chain an estimated $12 million.

Still, it will be interesting to see whether the company’s bold communications effort proves to be effective, and, even more importantly, whether other companies will follow Starbucks’ lead.

What do you think? Let us know in the comments section!