Popeyes, a case for PR and crisis management for franchises 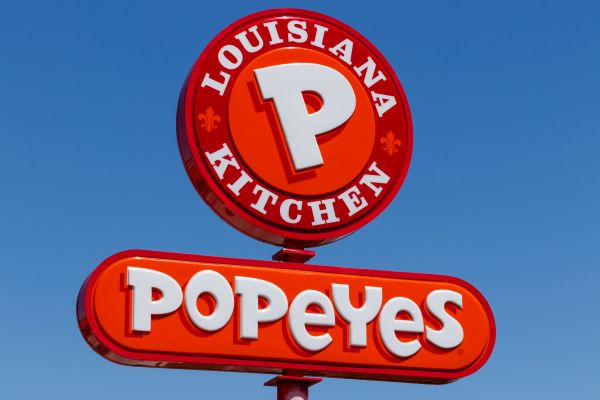 The Popeyes’ chicken sandwich debuted this summer and with it came a rash of violent incidents at multiple locations in response to high demand and very poor planning.

As a result, Popeyes is now a definitive example of how franchises can quickly succumb to negative PR and suffer a public crisis.

Red Banyan has responded to these incidents with detailed advice on how to develop a crisis management plan for franchised businesses.

Check out the following press release for more information, here.

When Popeyes unveiled its chicken sandwich, company owners and franchisees alike were surely delighted to see the buzz spread like wildfire.

That joy was soon dashed by an avalanche of negative news stories that made the fast-food chain a definitive example of why franchises are uniquely vulnerable to public crises, and why they must act quickly when such events occur.

It started with a homicide at a Maryland location, where one customer stabbed another for cutting in line. The story filtered through the news cycle, and for a while it seemed an unfortunate—and isolated—incident that could have occurred at any establishment.

Another story sprang up, this one about a fight between two Popeyes employees.  Then came a third hit: a fight captured on a bystander’s phone showing a male employee body slamming a female customer to the sidewalk, shattering her bones.

It did not take long for similar stories to spread across social media and echo throughout news aggregation websites. The same platforms and websites that had previously featured pictures of long lines and quips about the restaurant’s new menu item became dominated with stories about bizarre behavior and disturbing situations at Popeyes locations nationwide.

After weeks of sustained negative coverage, Popeyes now finds itself weathering a widespread PR crisis. Popeyes’ misfortunes and its new role as a target of derision highlight the need for franchises to develop an all-encompassing PR strategy.

Once a business franchises its operations, its brand typically expands rapidly. Owners benefit from the collective exposure into more markets and growing brand recognition. Although this can prove a solid path to growth when the brand is strong, it can also expose owners to increased risks when things take a turn for the worse.

The decentralized business structure makes franchises especially vulnerable to bad press. In the case of Popeyes, even though these incidents have taken place at separate locations, the public nonetheless associates them all with the same corporate identity. The damage to the Popeyes brand will require a creative approach to reverse.

Furthermore, franchises must factor in the realities of social media and the increased pressure that they can place upon businesses to consistently deliver high-quality products and services. It takes only one or two examples of things going awry for the public to view a brand negatively.

For these reasons, franchise owners should invest in formulating a companywide PR strategy—before a crisis occurs—to be able to mitigate damage and quickly move on from such incidents.

Establishing a crisis plan should include pinpointing potential weakness across all locations and working to streamline corporate policies and messaging.

A well-developed plan will include core communications standards across all franchise locations and incorporate those standards into its brand identity. In the event of a crisis, the goal is to ensure that an isolated incident is not reflective of the overarching company’s values and that it will not affect a customer’s experience at other locations.

Steps should also include involving the company’s social media department and establishing protocols for engaging in wider online conversations.

Additionally, a franchise with a robust crisis management plan will benefit from having store locations coordinated and able to work quickly amid unexpected challenges. Things move fast in the modern business world, and in times of crisis a speedy response is essential.

Ultimately, a proper crisis plan will consolidate control over the brand and empower multiple locations to step into action with a unified, deliberate plan to limit reputational damage, rectify the situation and move forward in a positive way.

The benefits of turning a business into a franchise can be many, but if that business chooses to ignore crisis management, then the structure can quickly resemble a line of tumbling dominoes.