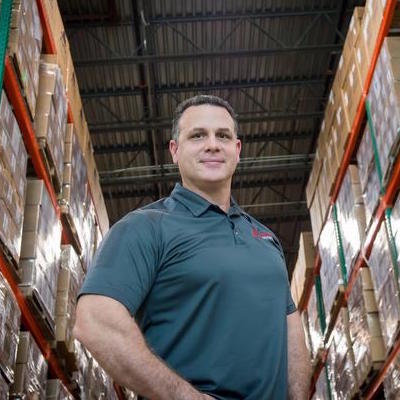 Led by Founder and CEO Jay Cohen, IQ Formulations has quickly grown into one of the nation’s leading health supplement manufacturers. The company expects to nearly double its operations and workforce by the end of this year, as well as expand its product line.

Check out the full article from the South Florida Business Journal below:

IQ Formulations was the only South Florida business named among the U.S. Chamber of Commerce’s Blue Ribbon Small Business Award winners, out of 100 companies across the country. But the award won’t be the only achievement the Tamarac-based company can tout this year.

CEO Jay Cohen told the Business Journal that his company, which manufactures nutritional supplements, will nearly double its workforce and square footage by the end of 2016.

IQ Formulations launched with just two employees in 2010 and has grown to 47 workers. Once the company’s new space opens, Cohen expects to soon have a total of 80 employees. IQ’s workforce isn’t the only thing that’s grown: in its first year, the manufacturer commanded $120,000 in revenue. This year, it’s expected to break $25 million, Cohen said.

The family-owned firm’s explosive growth was just one of the factors the U.S. Chamber of Commerce evaluated for its award. The winners were judged on four categories: strategic planning, employee development, customer service and community involvement.

“We’re extremely honored to be recognized,” Cohen said. “I feel especially proud that it’s not just based on the financial gain of the company, but also what we do behind the scenes.”

IQ Formulations’ workforce is very diverse, Cohen said, with about 80 percent of its employees representing minority communities. They are paid about 20 to 30 percent above Broward County’s average rate for the positions they employ, which include customer service, sales and graphic artistry, he added.

As for strategy, IQ Formulations is in the process of securing certifications for selling its products overseas. Currently, the company’s supplements are sold through 9,000 different retailers nationally, excluding websites. IQ Formulations sells its supplements in Vitamin Shop and Cohen says his company is in talks with GNC and Bodybuilding.com.

Next, the company plans to break into the grab-and-go business including protein bars.

With its latest win from the chamber, IQ Formulations has been entered into the Dream Big Small Business of the Year Award, which offers a $10,000 cash prize. The national award will be announced June 13-15 in Washington D.C.

“The best is yet to come,” Cohen said. “We have a lot of great things happening now.”