Red Banyan CEO in the Jerusalem Post, sharing stories of a hero 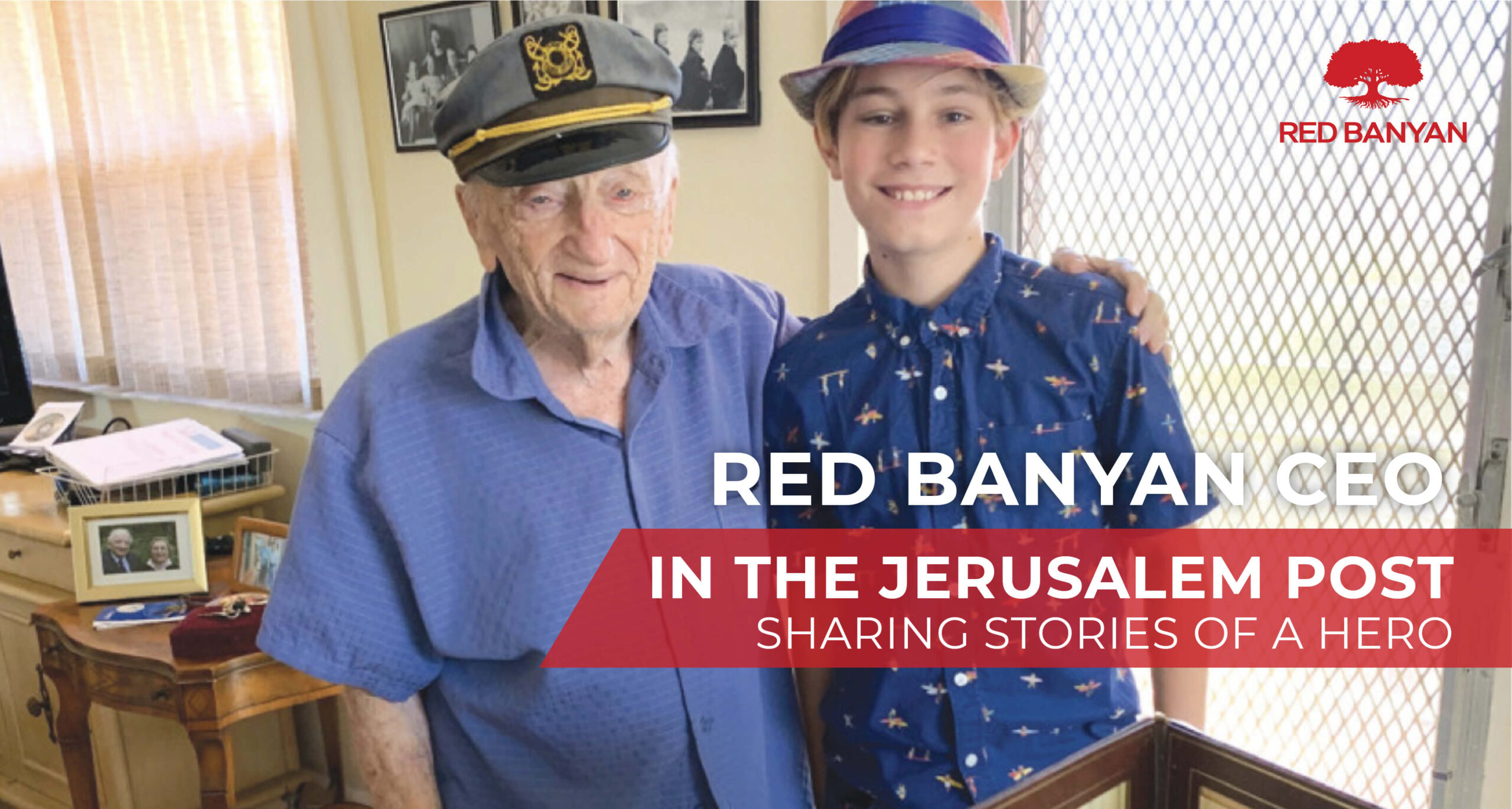 Red Banyan CEO Evan Nierman had the incredible opportunity to take his young son Gabe to meet and interview one of his biggest inspirations.

Ben Ferencz, the last surviving Nuremberg prosecutor who successfully secured courtroom convictions against 22 Nazi perpetrators of crimes against humanity, had breakfast with the father and son and shared his wisdom.

In the article, Evan tells Ben’s inspirational story and writes about how his personal philosophy, “law not war,” guided his lifelong fight for the pursuit of justice and humanity.

“Looking on misty-eyed, I felt a palpable sense that this was l’dor v’dor (from generation to generation) in its purest form as Ben implored Gabe to unconditionally pursue justice and treat his fellow men and women with compassion and dignity,” Evan recalled.

Check out the following article here for more.